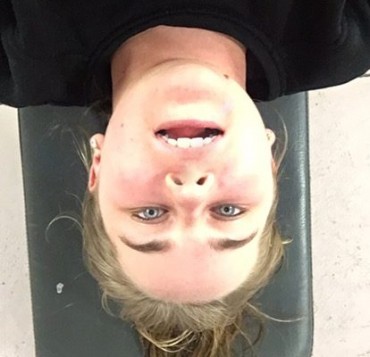 I’m really over crap right now. I’m sick to death of people judging people on things such as age, clothes an individual wears, no makeup or makeup, different religious beliefs and race. Everyone is unique and different and there is no such thing as perfect. I could be here all night writing about this. I don’t respect people who judge people on those things. Why?

Well for an example.. I know a wealthy individual who is my friend, they’re on the rich list. They are so casual dressed that you wouldn’t know that they were of such large wealth or who they were if they didn’t know them. That’s what makes them them. Just because they don’t wear expensive clothes and suitwear doesn’t make them an idiot or a person with low standards. It makes them who they ARE. If you had respect you’d respect them, as they’re so generous and have done some great things for New Zealand.

Another example, I’m a young person in business. I make mistakes, I’ve been hit by a bus a few times for those mistakes. Just because I’m YOUNG doesn’t make me a half wit who doesn’t know how to do their job.

The world has so many different religious beliefs, I have friends that are Christians, Catholics, Greeks and Sikhs. People judge them for wearing a turban or clothing WHICH is part of the culture of their religion. That’s disgusting. I don’t judge you for wearing a t-shirt.

Another example, I have a friend who is of different race to others who is Māori. People won’t deal with the person because they’re Māori. Get over yourself, this person is the best in the business. Just Saying.

Some people are so narrow minded they won’t deal with you because you don’t wear a suit to a meeting. That’s LOW. ESPECIALLY HAWKES BAY. You should judge someone on their professionalism for wearing a suit or not.

I like make up, but I don’t wear it. I don’t wear it because it doesn’t show the natural me. I want to appear natural. People judge you for not covering your pimples, blackheads and zits.

If I see people judging other people, I blacklist them.